Ideon Cave (or Ideon Antron) is located on the eastern slopes of Mount Ida (Psiloritis) just above the plateau Nida. The distance of the cave from Anogia is 24km and from Rethymno it’s 78km. The cave has not any special speleological value, but has enormous mythological and cultural value, as this is the cave in which, according to the legend, the greatest Greek god, Zeus, was grown up. Today, thousands of tourists visit the cave every year, especially during the summer months.

The Ideon Andron cave is located at an altitude of 1538m, exactly on the steep cliff formed by the so-called Nida fault. Its entrance is to be found on the fault plane, while internal parallel faults can also be seen. Nice folds of the platy marble occur both at the entrance and at the large internal area. The cave is not particularly important from the geological point of view as it is relatively small and lacks cave decoration. However, near the entrance three majestic stalactites welcome the visitors.

The cave has an area of 800 sq.m., which is divided internally into three rooms and the sanctuary. Access to rooms is on descending slope, while there are a few points where the visitor can discern some parts of cave decoration.

According to the myth of Zeus birth, an oracle said that the son of Cronus (Saturn) and Rhea would take the power from Cronus, who was the greatest God. Thus, every time Rhea bore a child, Cronus devoured it, so as not to lose his power. When Zeus was born in the cave Dikteon Antron, his mother, Rhea, decided to save him. So, she wrapped one stone with cloth and gave it to Cronus, who then swallowed it, thinking that it was the baby.

Then, Zeus was moved from Dikteon Antron, where he was born, to Ideon Andron. During the moving, in accordance with Diodoros, his navel fell near a river, which is the today’s Karteros River, east of Heraklion. According to another weaker version of the myth, Zeus did not only grow, but was also born in Ideon Andron.

The native warriors Curetes (Kourites) guarded the entrance of the cave. Also, every time that baby Zeus was crying, they masked the crying by banging loudly their legendary shields with their swords, thus Cronus could not hear Zeus crying. According to another version, Curetes danced a very fast dance and their armors banged loudly. This dance, they say, is the ancestor of today's Pentozalis, a popular traditional Cretan dance.

The nymph Melissa undertook the upbringing of Zeus. The mythical goat Amalthea, the gold horn of which provided all sorts of goods, nursed him with her milk. When Zeus grew up, he got the throne of Cronus and, thus, the oracle was verified. The upbringing of Zeus in Crete is illustrated by reference to him as Kritagenis Zeus, meaning Cretan-born Zeus. 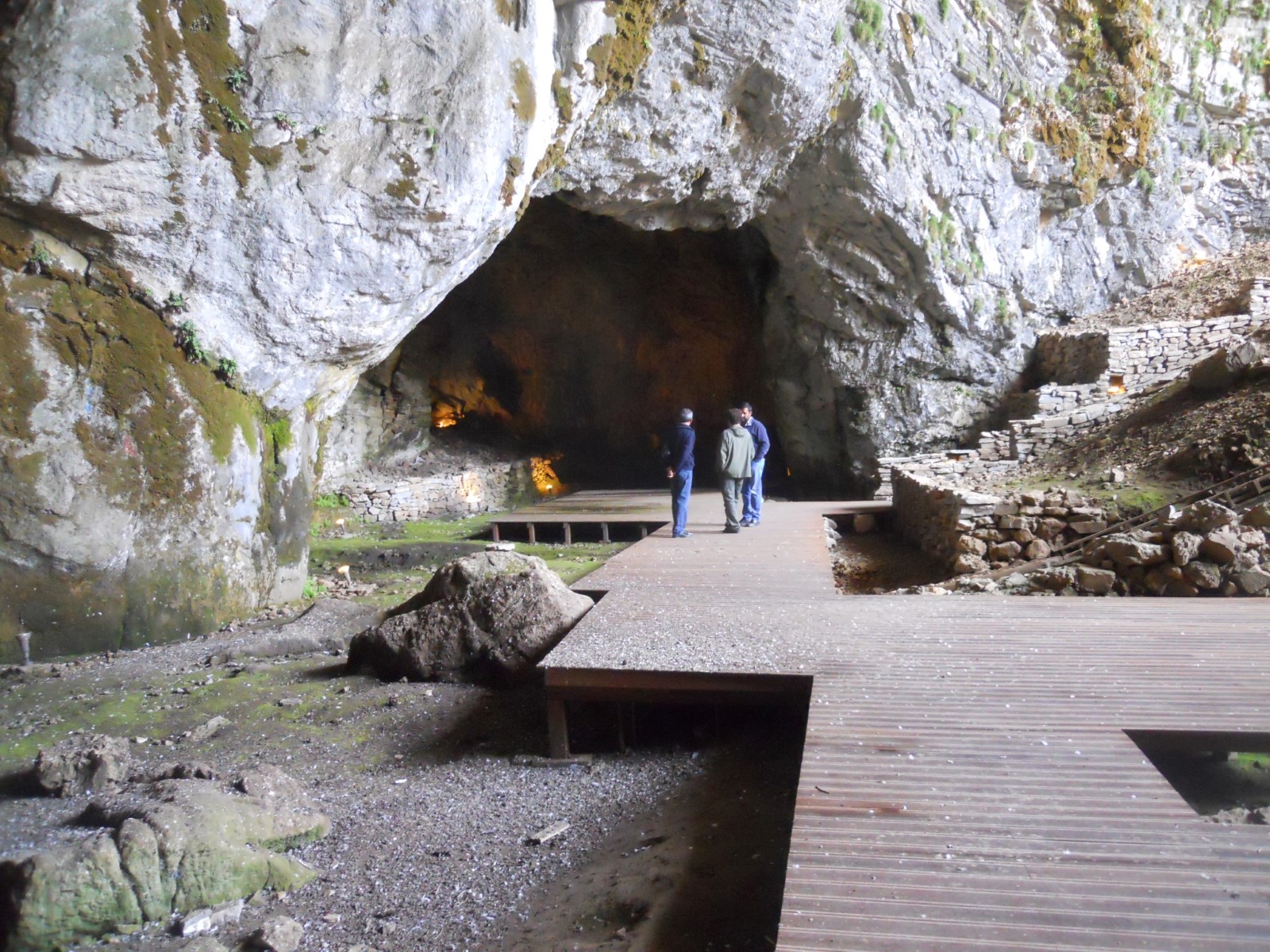 The Idaean CaveThe name Ideon Andron means the cave of Ida. Many locals call the cave as the Cave of Voskopoula (shepherdess) or Spilios (Cave). They say that the wife of lord of Gortyn, Haridimos, was buried there. According to the poem Erotokritos of the Greek poetVitsentzos Kornaros, Haridimos accidentally killed her while hunting in Psiloritis.  Finally, the cave is referred as Arsenion or Arkesion Andron, from the ancient Greek word “arkesis” which means help. It is believed that the name comes from the worshippers, who were arriving in the cave to ask for the help of Zeus. 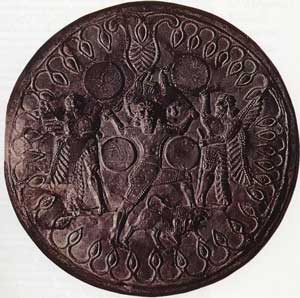 The CouretesThe cave is not particularly impressive, however the worship activity in this and its connection with the upbringing of Zeus, made this area the most important religious cave on the island. The archaeological excavations of the Italian archaeologist Halbberr (1884) and Giannis Sakelarakis (1982), confirmed that the cave has been the most important cave of Minoan Crete, with a revival of the cult in the Hellenistic and Roman times.

Before the Minoan-palace-period, a young Minoan god worshiped there, who was the personification of the vegetation, and was dying and rebearing like the four seasons. Near the end of the Minoan Era, the Minoan god was replaced by Zeus, which according to a local legend, was also reborn every year. As mentioned by Theophrastus, visitors' offerings were hung on the branches of a poplar in front of the cave. Finally, the mythical king of Crete, Minos, came to Ideon Andron every 9 years to worship for Zeus and to get new orders from him.

Even today, 70m from the entrance of the cave, the visitor can see the large carved, rectangular altar, used in the ancient ceremonies. Below the cave, an ancient building has been discovered, which was excavated and craters of the late Roman period came to light. The findings of the excavations, which are exhibited in the Archaeological Museum of Heraklion, include pottery findings, bronze and clay figurines, weapons, gold jewelry, parts of tripod boilers, votive discs and many Roman lamps. The most famous findings are the copper shields (late 8th-7th BC) which carry forged and incised representations. In such a shield, Zeus is represented in the middle, surrounded by Curetes holging drums.

Center for initiation of Philosophers

Inside Ideon Cave the philosophers Plato, Pythagoras and the Epimenides were initiated, as this was a sacred cave wherein initiations and purifications took place. There are no historical references to the mysteries that took place in the cave, as the initiated worshippers were forced to conceal the rituals from the public. Pythagoras himself refers to the carved altar, which is near the entrance of the cave still today, and to an ivory-made throne in honor of Zeus, which does not exist.

In the famous Platonic work "The Laws" three Greek Sages participate: Athenaean (who was Plato himself from Athens), Kleinias (from Knossos, Crete) and Megillos (from Sparta). They set out from the coastal city of Knossos in Crete and they head towards the Ideon Cave. Knossos owing to its proximity with the sea represents the domain of "Becoming" (Γίγνεσθαι in Greek) and the Ideon Cave or Idea's Cave as a mountain interland, the domaın of "Being" (Είναι in Greek). The three sages travel through the magnificenrt Cretan forests and following the Sun's course reach their destination, the Idaion Cave, while philosophizing during their march. Their Sunwise course symbolizes the course of the soul towards the light and completion.