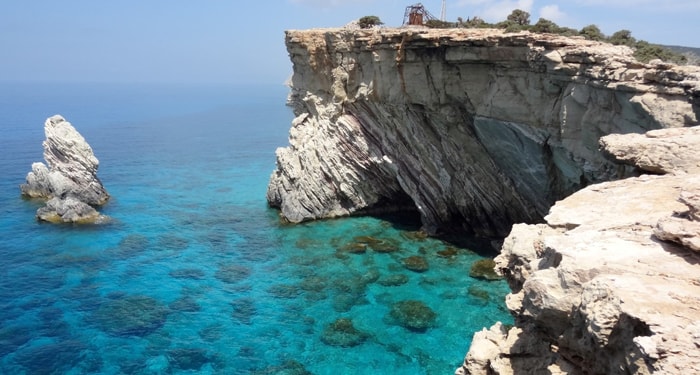 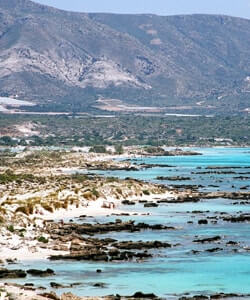 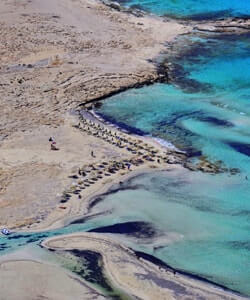 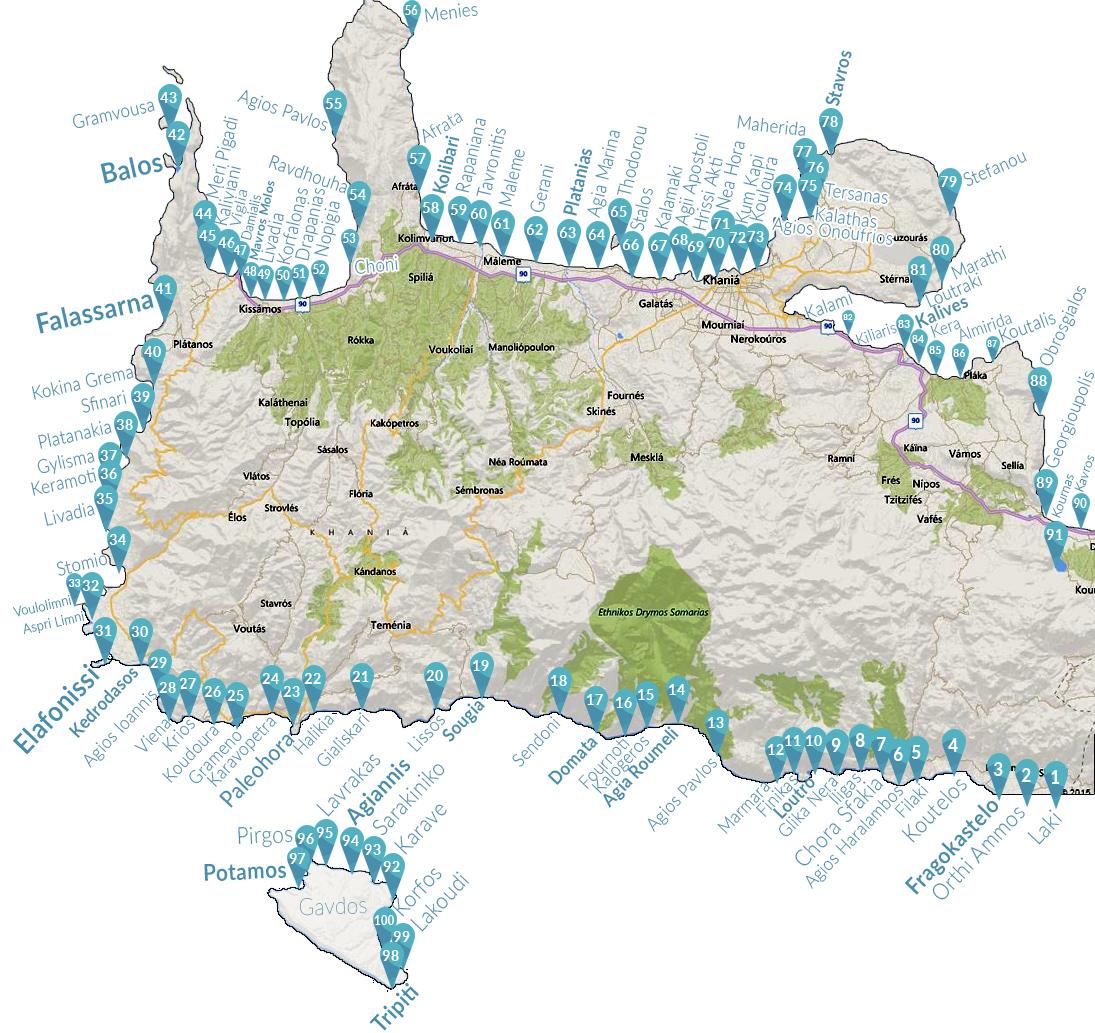 1km south of Korfos settlement, at Gavdos island, there is a very quiet beach with amazing bottom, Lakoudi, accessed only by walking from Korfos or by boat. Lakoudi is one of the nicest beaches on the island and surely deserves a visit.

Gylisma (or Kambos beach) is located 69km southwest of Chania and 29km south of Kissamos, close to Kambos village. The beach is also known as Afratolakoi.

Karave beach has round pebbles and heads south to Korfos bay. It is not organized, but is the only choice for those who want to swim near the port. The water is crystal clear and quite deep. Karave is not very special about swimming, especially if you compare with the rest beaches of Gavdos.

In the area between Ravdoucha and Nopigia several secluded bays with small beaches are formed, mainly with pebbles and rocky bottom. From Nopigia the road runs along the coast through a spectacular seascape till the church of Panagia Myrtidiotissa at position Choni and stops a little further.

Agios Pavlos (i.e. St. Paul) is a beautiful secluded beach, located in a picturesque cove at Peninsula Rodopos, 40km northwest of Chania. The easiest way to access the beach is by boat from Ravdoucha or Kissamos.

The secluded beach of Kokkina Grema (i.e. Red Cliffs) is located 55km west of Chania, 28km southwest of Kissamos and 3km west of Platanos village. The beach is named after the huge reddish peninsula at its north end.