The last territory the Venetians
left to the Ottomans

The island of Imeri Gramvousa is located 20km northwest of Kissamos, opposite the imposing Cape of Gramvousa and 2 miles northwest of the famous lagoon of Balos. Gramvousa is famous for its historical Venetian fortress, which still stands at a height of 137m, over the beach. The fort had also been used by pirates; one legend tells that there is a great treasure buried in the island. Also, the old wreck that was abandoned many years ago near the beach, has become an characteristic part of the landscape.

On the south side of the island there are two large bays, with the wreck being being between them. The west bay (below the castle) hosts hundreds of visitors daily, arriving here with excursion boats. The boats run from Kissamos (1 hour trip) and stop here before continuing their journey to the magnificent beach of Balos.

The visitors wander around the area, visit the castle and the wreck. They can also swim in the crystal waters of the western cove, near the church of the Holy Apostles. The beach with the fantastic turquoise color, has white sand and rocks in places. Some tamarisk trees are near the beach, offering natural shade. The seabed of the area is ideal for a snorkeling. You can get food and water from the bar of the excursion boats. No other amenities are offered in the area, because it is protected under Natura 2000 program and staying overnight is not allowed.

The history of Imeri Gramvousa and the Castle 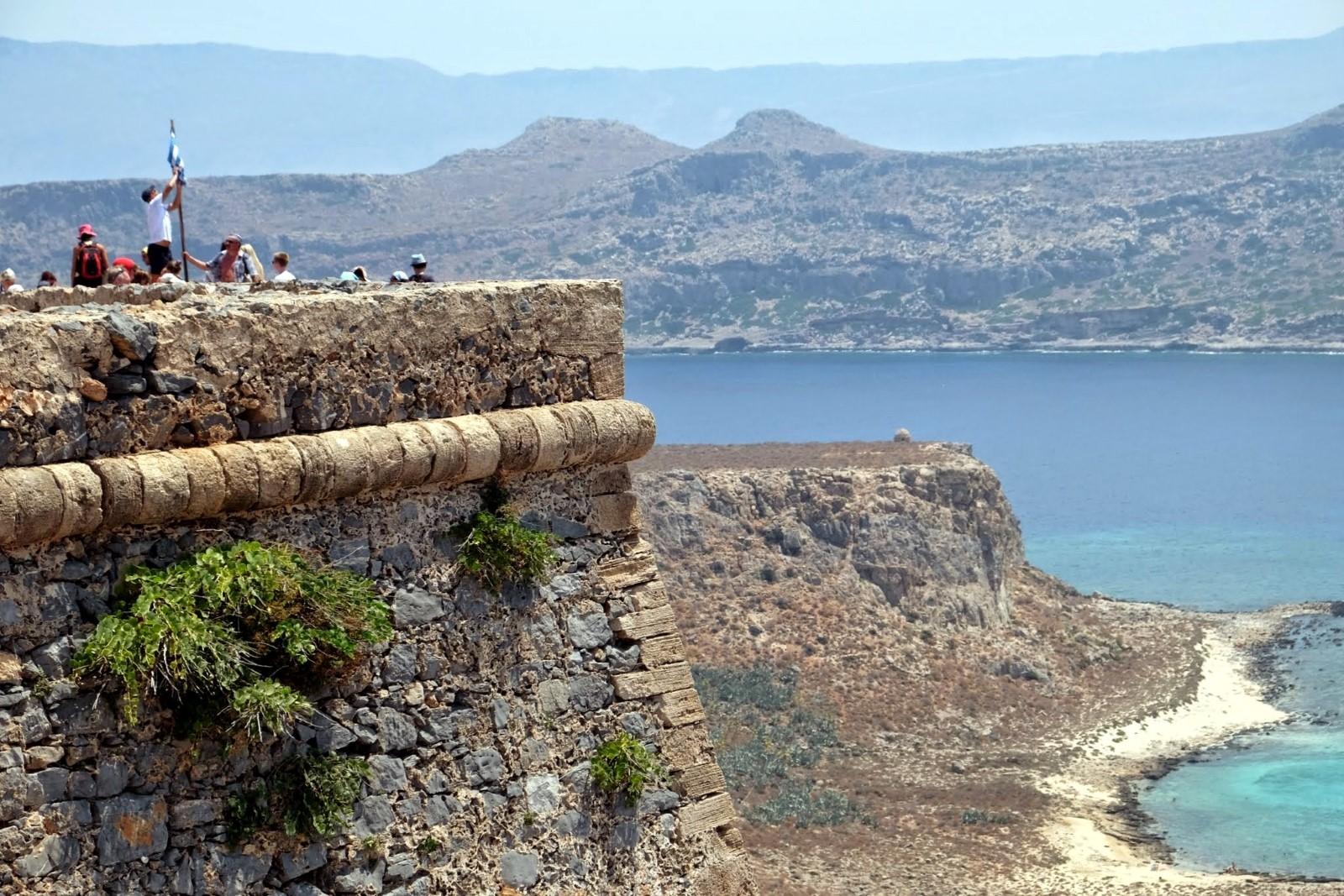 The fort of Gramvousa Gramvousa in ancient times was called Korykos, while the name “Gramvousa’ after from the Venetian word Garabuse. The remains of a Venetian castle, built in 1579-84, at a height of 137 meters above the natural harbor of the island, remind us of its past glory. The position of the castle was strategic, since it protected the entire northeastern Crete. Its size still impresses everyone: it has a triangular shape, with each side exceeding one kilometer.

Despite its size and its great capacity (3000 men), it seems that it was not used by Venetians in a major battle. Gramvousa was surrendered to Turks in 1892, after Turks bribe the Venetian commandant.

When Gramvousa returned to the hands of the Cretan Revolutionaries, in 1825, the fort played a decisive role in the outcome of the liberation struggle, and became the seat of the Revolutionary Committee of Crete. The island was used as a base for 3 years from 3000 rebels, who lacked food in this place and were forced to become pirates. The island then acquired negative reputation throughout Europe and in 1830, with cooperation of Kapodistrias (Governor of Greece), the island was liberated. Following the London Protocol in 1830, Crete, with the fort, was given back to Turks, till the liberation of Crete. The shipwreck The rusty ship wreck located near the port of Gramvousa, has become a feature of the region and part of it’s history. Many visitors wonder what is the story of the shipwreck, which is described in detail here:

This is the ship named Motorship Dimitrios P, with length of 146 feet. The ship sailed on December 30, 1967 from Chalkida (close to Athens), carrying 440 tons of cement and destined for North Africa. Due to bad weather, it was forced to drop anchor in the bay Diakofti of Kythira. On January 6, it sailed to its destination, but again it encountered bad weather and was forced to change its route towards the west coast of Crete. It anchored on the south side of Imeri Gramvousa, about 200m from the coast, by dropping both of its anchors.

On January 8, 1968 and at 13.15, the left anchor chain broke and the captain tried to keep the boat away from the island by using its machine, but he did not succeed. The vessel ran aground on the left side and the engine room was flooded with water.

The commander ordered the abandonment of the vessel and the crew remained in Imeri Gramvousa until January 10 due to bad weather. Finally, they were rescued by the destroyer Ierax, which was stationed in Souda. The ship remains there until today, being now an integral part of the landscape. 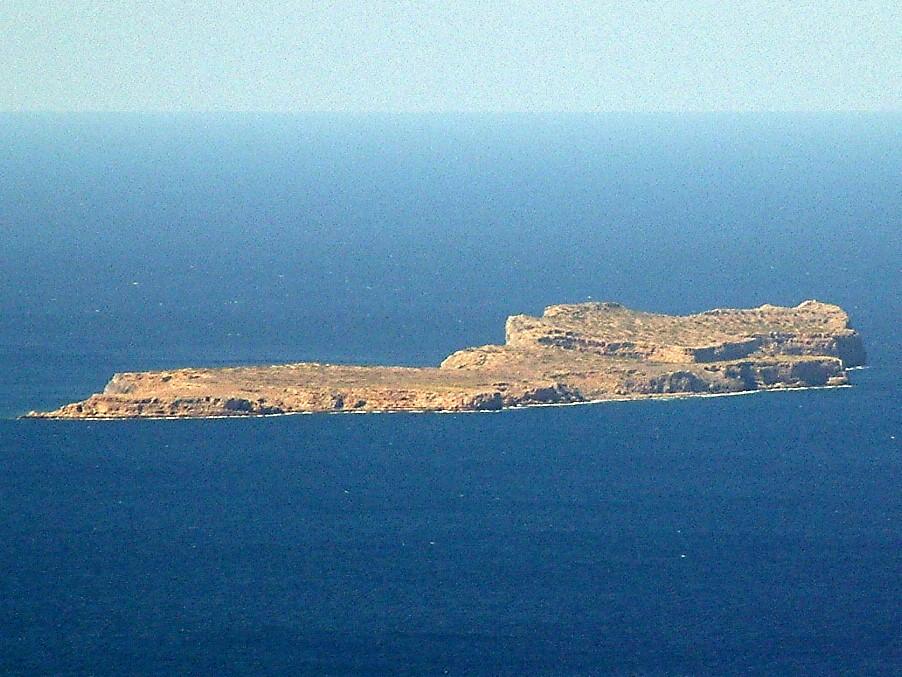 Agria Gramvousa The landscape in Imeri Gramvousa is totally virgin and the view to Balos is exciting. On the island, the visitor comes across innumerable wild plants, in a landscape reminiscent of Africa.

The wider Gramvousa region and the lagoon of Balos is one of the most important protected areas in the Eastern Mediterranean. The Cape and the islets of Gramvousa host more than 100 species of birds and 400 species of flora. The Mediterranean seal (Monachus monachus) breeds in the local caves and the endangered sea turtle (Caretta caretta) seeks its food in the area.

Agria Gramvousa is located north of the Cape of Gramvousa and access to the islet is very difficult, because of the high rocks surrounding the island. The inhospitable island protected under Natura’s program. The area hosts gulls and various bird species.