The pearl of Crete

Masterpieces of Venetian and Ottoman architecture,
a history that goes back centuries
and the sea with the backdrop of the White Mountains

A tour in the past 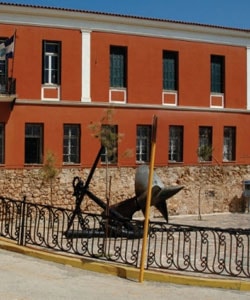 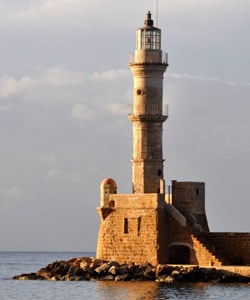 Venice of the East" is regarded by many, and not unjustly, as the most beautiful city in Greece.

The picturesque city of Chania is the second largest city of Crete, after Heraklion, with more than 60,000 residents. Fortunately, it did not follow the same fate as the other cities of Crete, e.g. Heraklion, where the great Venetian and Ottoman monuments were destroyed for the sake of economic growth and "modernization". Instead, the Old Town and the Venetian Harbour have remained almost intact, giving the city a special Venetian character, unique in the Mediterranean. Thus, the visitors of Chania are attracted by the beauty of the scenic narrow streets, the imposing lighthouse at the entrance of the small harbor, and all the amazing monuments that make up the transcendent magic of Chania.

Chania is believed to be built on the site of the Minoan Kydonia, as shown by the excavations in Kastelli hill. Chania developed substantially in the Byzantine era when it was fortified. Later, the Venetians turned the city into a great castle with strong walls, for which you can read here. After the Sultan Abdul Mezit visited Crete in 1850 and decided to construct a naval base in the gulf of Souda, the capital of Crete was moved from Heraklion to Chania (till 1971). After the liberation of Crete from the Turks in 1898 and during the Cretan State autonomy, great buildings were built in the city and the suburb of Halepa. The glory of Chania reached its peak during the hoisting of the Greek flag in the fortress of Firkas in 1913, marking the final Union of Crete with Greece, after centuries of slavery. Chania played also an important role in the outcome of the struggle against the Germans in World War II, as the nearby airport of Maleme was the epicenter of the glorious Battle of Crete. Chania was the last European city to be liberated from the Germans in April 1945.

From Chania came Eleftherios Venizelos, the greatest politician of Greece, as with its successful policy as prime minister of Greece he managed to triple the territories of Greece in the early 20th century. The tombs of the Venizelos family are set in a magical site east of Chania, with panoramic views of the city.

Some attractions of Chania include the old town, the Venetian harbor with the Egyptian lighthouse, the mosque of Kucuk Hasan, the pedestrian road of Kum Kapi, the shipyards, the great Arsenal which houses the Center for Mediterranean Architecture, the central market, the hill of Kastelli with the old Palace and the Minoan settlement, the picturesque district of the Ottomans called Splantzia, the church of St. Rocco, the cathedral of Chania, the Archaeological Museum of Chania, the beachfront of Nea Chora district, the Maritime Museum of Crete in Fort Firkas, the Prefecture and the Courts, the graves of Venizelos family, the house of Venizelos in Halepa, the Allies' Cemetery in Souda, the Historical Archive of Crete, etc.

10 top attractions of Chania City
Chania is considered for many Greeks the most beautiful city in Greece, a designation that seems quite true when visiting this place. Great samples of architecture of previous centuries, despite the changes throughout time, still maintain most of their original glory. Here we present some of the sights you can see in the
Read more...

Chania History: The Castle of Chania
Chania is the most important town of western Crete, built on the eastern part of Chania bay, on the site of the ancient town of Cydonia. The town existed till the late Byzantine period when it was totally destroyed by the Saracens...
Read more...

Chania Museums and Venues
Chania with the excellent cultural tradition hosts a large number of museums. The most important is the Naval Museum, the Museum of Byzantine...
Read more...

Religious Monuments of Chania
Chania city hosted some of the most spectacular temples, especially from the period of the Venetian Rule. Most of the monuments are preserved in very good condition.
Read more...

Between Kalogeros beach and the harbor of Maschalis (the west port of Agia Roumeli) some beaches are formed in caves that the locals call them Caves in Marble. These caves are formed in the whitish hard rock of the area and constitute a unique hideout for nature lovers. They can be accessed easily either by a canoe from Agia Roumeli or even by swimming.