Souda is the name of the small island that stands like a guard in the entrance of the gulf of Souda., a natural harbor protected by the high mountains the east of Chania, on the northeast side of the port of Chania. On its northwest side, there is another smaller and round island, named Leon, recorded on Venetian maps as the "island of rabbits" (Scoglio dei Conigli).

In ancient times, the two islands were called Lefkai (White), as Stephen from Byzantium, recorded. Their name came from an ancient Greek legend in which it is said that the Sirens were defeated by the Muses in a music game and worried so much, that their feathers fell from their shoulders, got white and remained in to sea and the islands were shaped. There was a monastery of St. Nicolas on the islet before it was fortified. The islet was called "Fraronisi" ((Fraros or Floros is a Catholic monk) until it was fortified, when it was renamed "Souda" after the gulf. The old monastery of Agios Nikolaos is still surviving. Fort Map (Venetian)From the 14th century there was a fortress on the islet. The constructions of the Venetian castle started in 1573 by the Venetians, in an effort to reinforce the defense of the port of Souda and to control the Gulf entrance. However, the constructions alone could not solve the problem of security. The military experts had requested complementary defense constructions in other crucial parts of the gulf, which were completed due mainly to high cost.

The architect and supervisor of the constructions was Latino Orsini. The works proceeded very fast and within a year, the first canons were placed. In the years that followed, until the Turkish invasion in 1645, conservation and other complementary works for the fortification's improvement were taking place. During this time is dated the1585 construction and the central temple, which is well preserved until today. The temple hosted clergymen of the St. Augustine order, since an Augustinian monastery pre-existed on the islet. 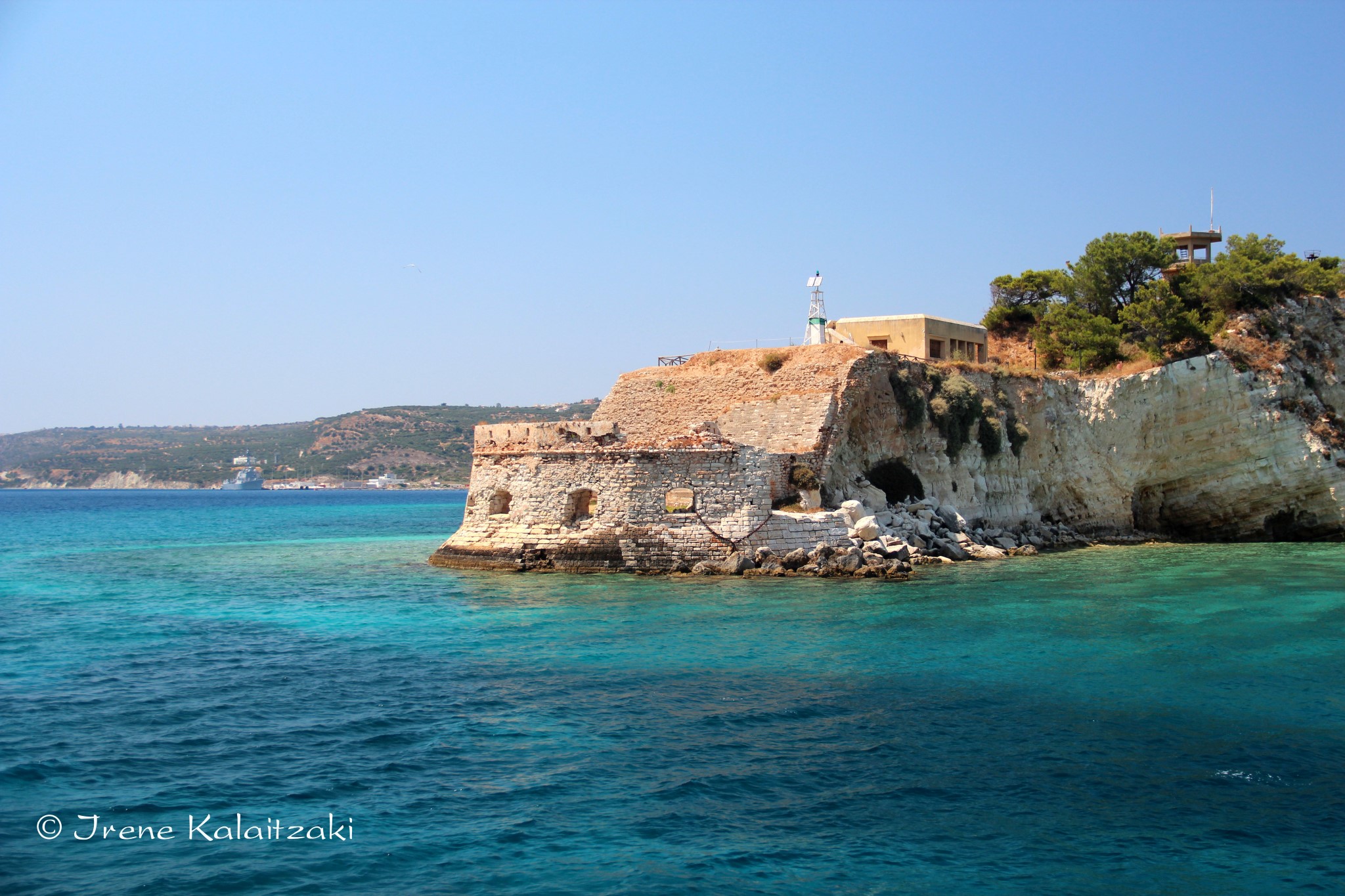 Souda FortFortezza, the Souda fortress, was an example of excellent fortification work, taking advantage of the islet's morphology. Its strategic construction provided smart solutions to possible threats from the mainland and the sea. Accordning to records, the armament of the fort in 1630 consisted of 44 guns of various calibers and 9185 balls. The walls surrounded the whole area of the island of Souda. In the northern part was the Martinengo and the Michiel bastion. Between them, a small door lead to the lower part of the island of Souda. There was a cemetery, a sub-bastion called Mocenigo and a tank. On the east sidem there were barracks and, in front of them, were three tanks, warehouses, the garden and the church of Holy Mary, La Madonnina. On the southwest side was the Orsino bastion and the gate of the fortress. On the west side, there were three tanks and ammunition depots, a exercise field and a windmill. Apart from these, there was a hospital, prison and accommodation for visitors.

After the occupation of the city of Chania from the Turkish army in 1646, the Fortezza fortress was brutally attacked from the ground and the sea. However, the few armed defenders of fortress were able to save it. After the occupation of Handakas (today the city of Heraklion) in 1669, the islet remained under Venetian possession after negotiations and agreements. The islet remained in Venetian possession until September 27, 1715, when it was finally surrendered to the Turkish army after a long siege and heroic resistance that lasted for 72 days. The Turks occupied the islet until 1898 when the Turkish forces departed from Crete. During the period of Turkish occupation on the islet, no major changes or addition were made in the fortress, except the transformation of the central temple to a mosque, dedicated to Sultan Gazi Ahmet Han. 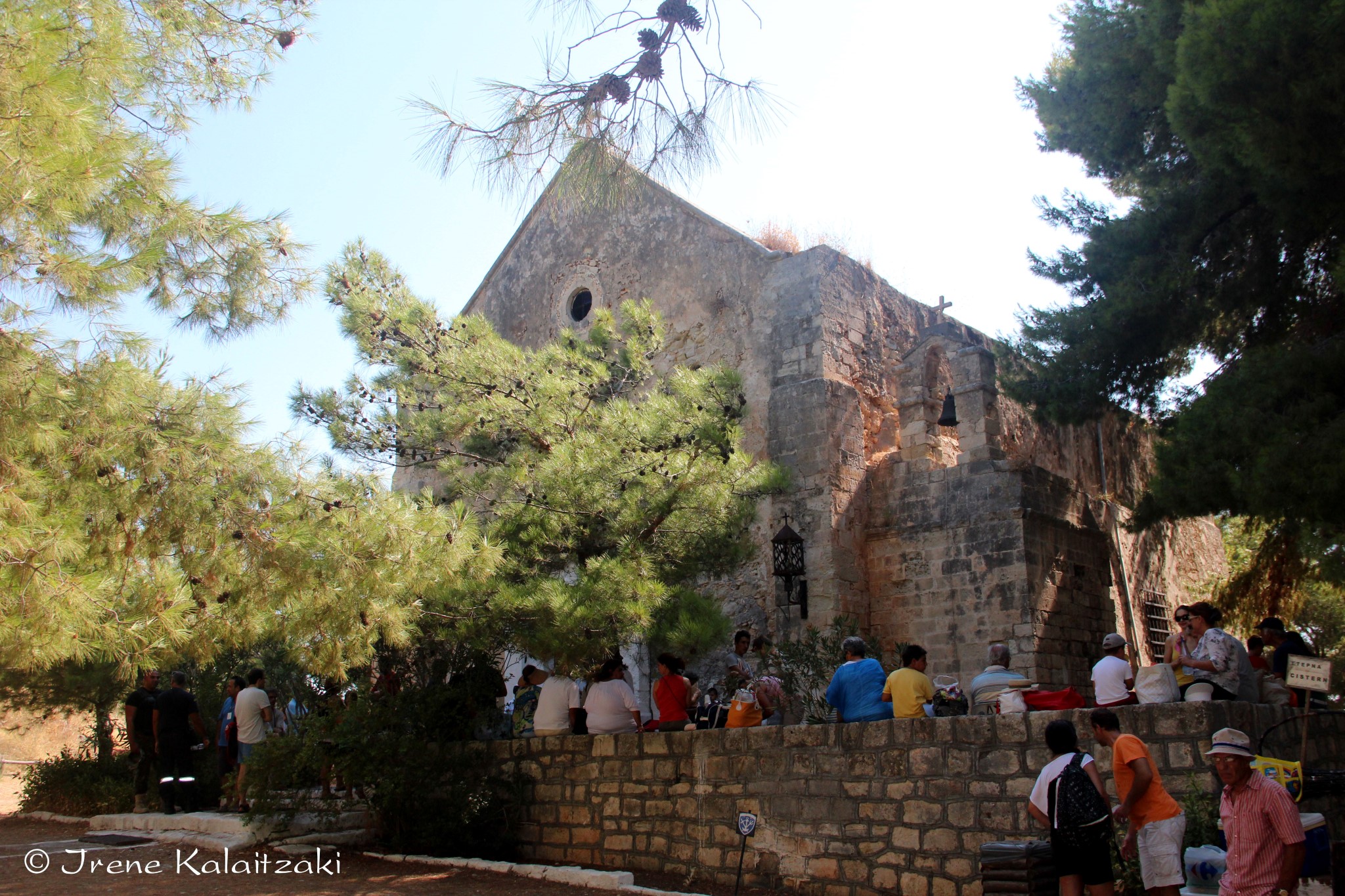 St NikolaosThe islet of Souda is connected with the Cretan history and the battles of the Cretan people for liberation, as it played a crucial role during battles and became a refuge for the revolutionaries throughout the Turkish occupation, when the islet was in Venetian hands. On this islet, the Greek flag was raised for the very first time on February 1, 1913 (before the official unification of Crete with Greece). After World War 2, the islet is in the hands of the Greek forces, in the framework of a wider plan of defense of the port. In 1966, the Greek marine forces planted trees on the islet, where before there was a complete lack of plantation.

Published in Islets
More in this category:
Tweet
back to top