The antiquities of Koufonissi

The narrow but often wavy strip of sea separating the islands of Koufonissi from the opposite shores of Crete was not an obstacle to the continued presence of humans in ancient times. The ancient name Lefki (meaning white), was given by the glint of white limestone and marl in the sunlight.

Koufonissi was an economic and cultural center from the Minoan until the Greco-Roman Times and was claimed by all major cities of the region. As recorded on the inscription of the Magnites, currently embedded on the facade of the Toplou monastery church, there was a great dispute between Itanos and Ierapytna about the island. In 132BAD the island was owned by Itanos. 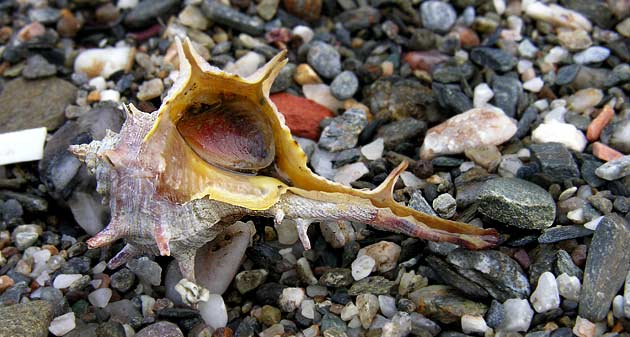 The history of the islands is inextricably linked to the sponge fishing and processing of Tyrian purple, the red dye used by Ancients and Byzantines, which was extracted by the gastropod Murex brandaris. As Aristotle and Pliny say, live shells were gathered in early autumn or winter and were then put in pots, until many of them were gathered, because each shell produced just one drop of dye. After that, the smaller shells were broken with stones. The larger mollusks were pierced and then a small gland called "flower" was extracted. Then, they put the milky liquid in salt, added a little vinegar, and left this in the sunlight. Its color turned red from yellow and was then diluted or condensed with boiling. The dye, the Tyrian purple, was sold at that time as it weighed in silver. If they added hyacinth blooms, the color was violet, but it was considered of inferior quality. 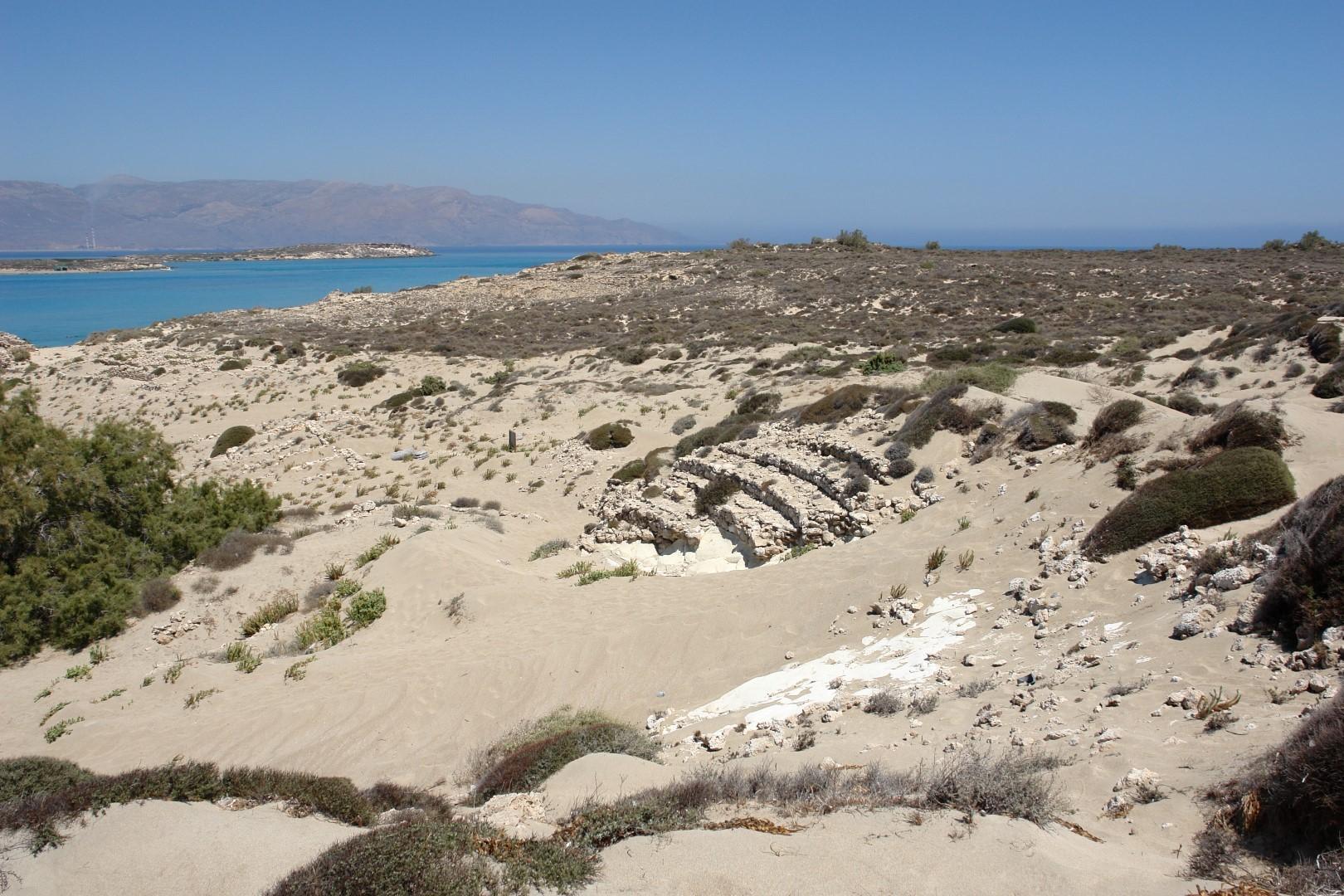 The Roman theatre of LefkiIn 1976, excavations started on the island, bringing amazing findings to light. On the northwest edge of the island, at Anemertia, opposite of the Marmara islet, and a short distance from the beach, the excavations revealed a well-preserved stone theater, the auditorium of which was damaged only on its west side, while a big part of the central seats has completely disappeared. The auditorium has twelve rows of seats and a maximum length of 34 m. The distance of the twelfth row till the orchestra floor reaches 6 m. It is estimated that the auditorium could take about 1000 people.

The orchestra, almost chamber, was paved with clay tiles. The stage, completely corrupt in its western part, should have a length of 20m while the width is estimated at about 9m. At the eastern end one can make out the paraskenion, the pulpitum or stage, the hyposkenion, and also the east parados which was vaulted. The theater had rich decoration, which was vandalized. The theater was destroyed and burned with ferocity at the end of the 4th century. 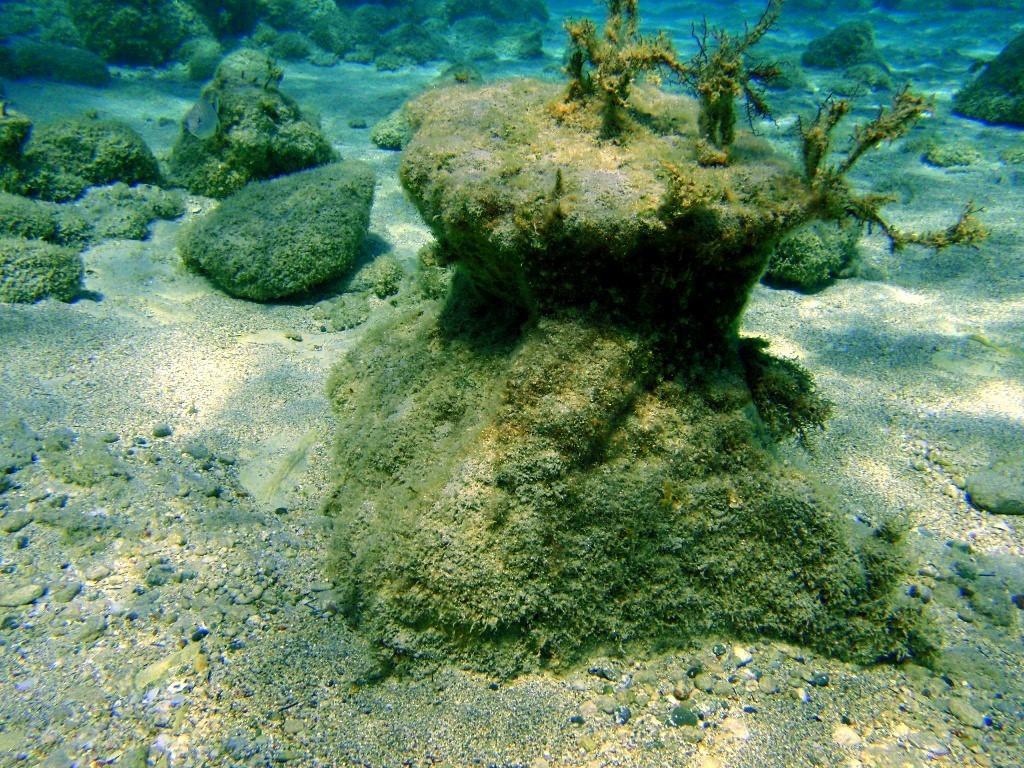 Capital from pillar in the seaEast and south of the theater, the excavations revealed a settlement that seems to have been destroyed, such as the theater. Excavations have unearthed a large house or villa of which 8 proper rooms still exist. One enters through a small but impressive porch (propylon) facing the road which leads to the east parados of the theatre. The kitchens were identified and also the household workshop for the preparation of purple dye. Two formal rooms for entertaining were found with mosaic floors of black and white geometrical designs (based on the rhombus and the cross) framed by a surround. In the main part of the settlement, other houses have been excavated; 16 rooms have been cleared - probably houses of fishermen, because installations for the preparation of purple dye were found and also fishing equipment such as hooks and lead weights for nets. 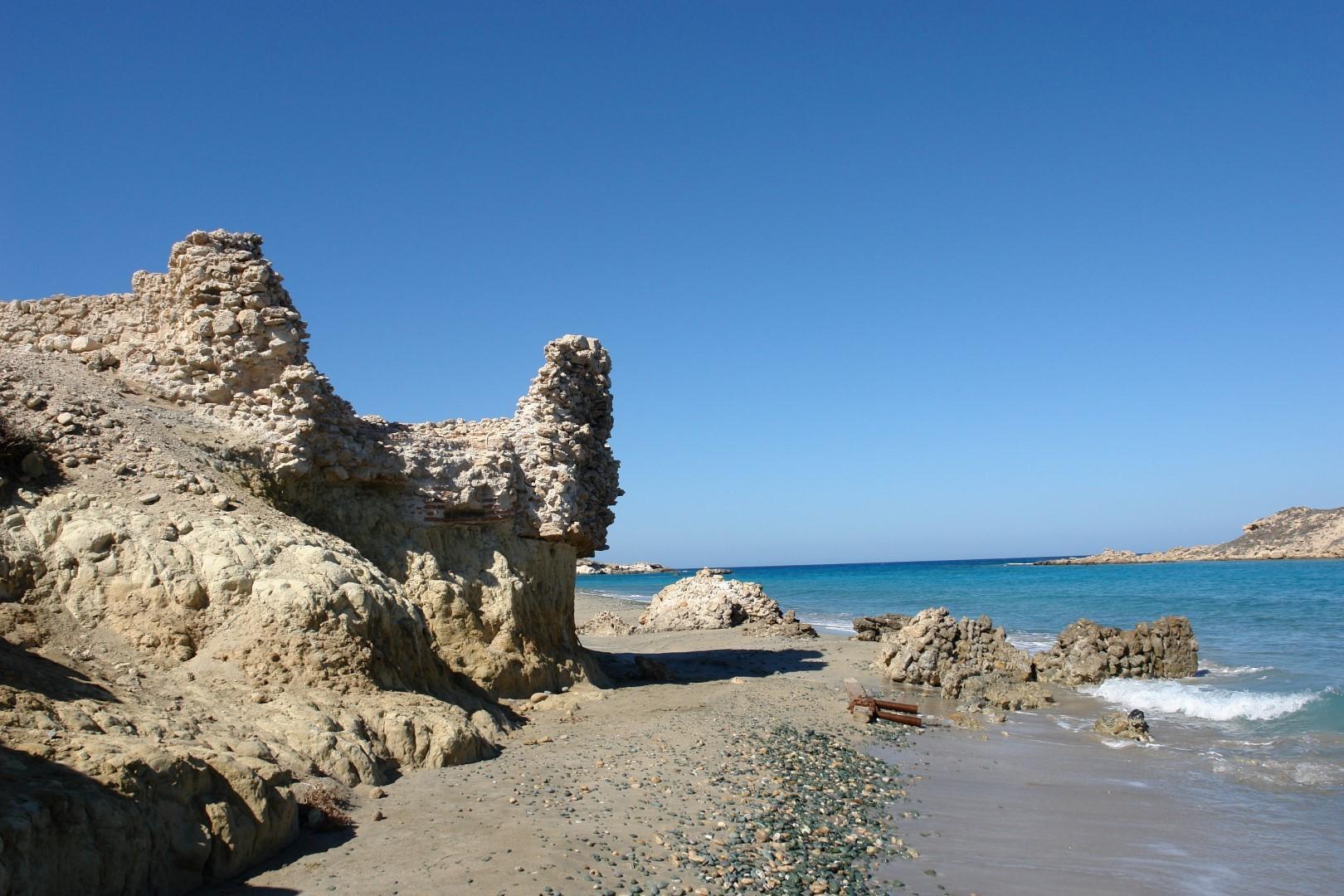 Traces of ancient buildingsThe most important building of the settlement - following the theater - is the imposing building of the Public Baths (Balinea), which was in use from the 1st to the 4th AD century. The pathological love that Romans had for the public baths, combining physical cleaning with training and discussing, is well known. The Baths building was necessary not only in cities, also but in small dorps. In rich houses, there was a separate area, a miniature of the public Baths (Balinea), while the imperial Baths (Thermae) were famous for their luxury.

The Bath complex of Koufonisi includes all the spaces that followed the standards of the Roman Baths: Around a garden, there are rooms such as that for the central heating system (which’s walls are preserved at a height of 4 m), two hypocausts (perhaps for men and women separately), baths for sweating, warm, hot and cold bath and changing rooms. Luxury is still visible in some rooms, in the preserved parts of the marble floor and walls. A large number of vaulted tanks with pipelines is impressive. They were used to bring water from the springs located north of the Temple to the other side of the island. 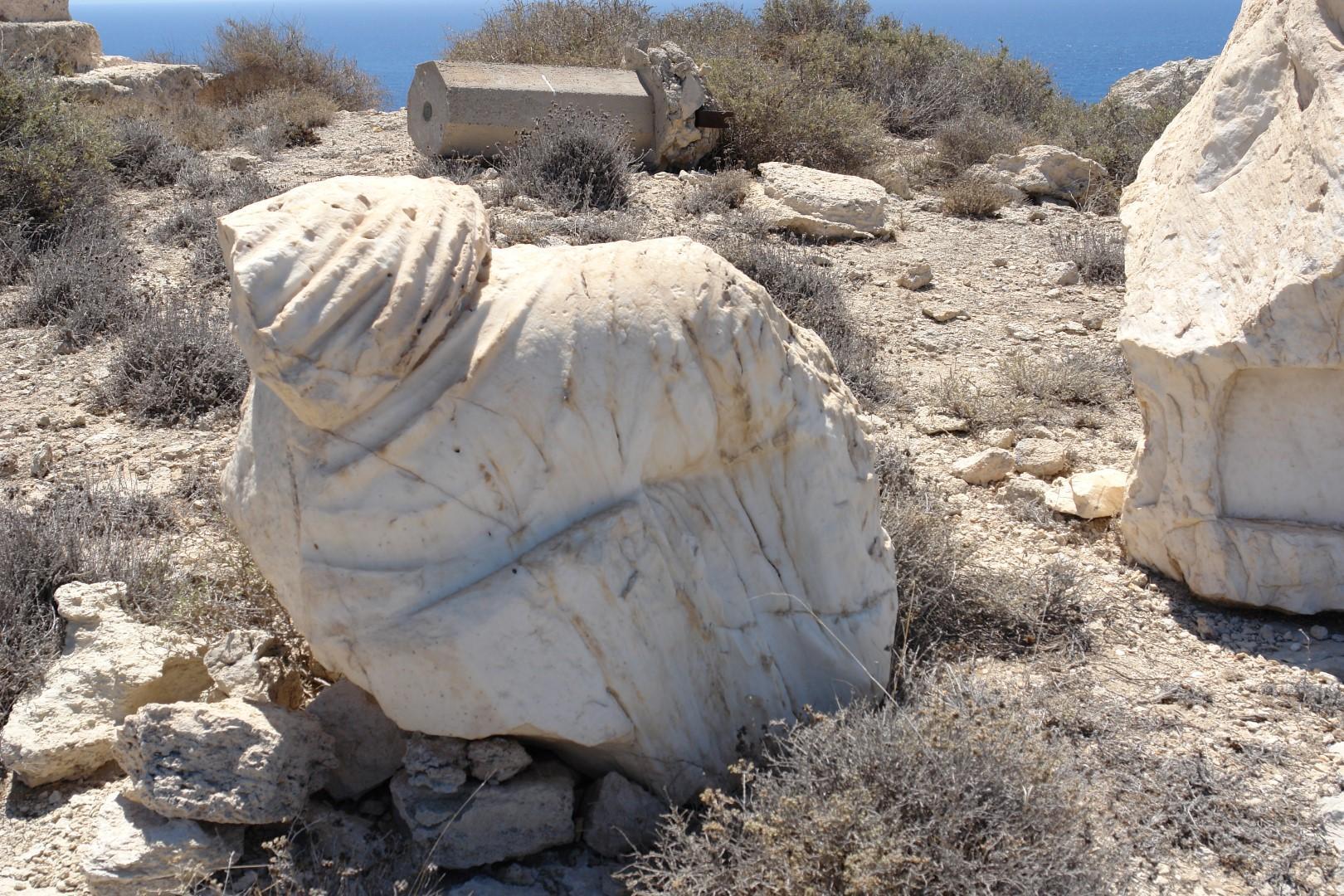 The broken partts of the statue near the LighthouseIn the south part of the island, there was found a temple, which unfortunately has suffered from predatory looting from the authorities (in 1920) in order to build a huge lighthouse, only 5m from the eastern short side of the temple where the entrance would have been, even though another stepped entrance was found on the north side. The overall dimensions of the temple were 18m x 15,7m with a crepidoma, while next to the north-west corner two large pieces of the colossal cult statue of the temple seen were found. This represented a deity enthroned on a cube-shaped seat. The fragments found are: a part of the seat with the left side of the pelvis, and the right leg from the draped or folded waist of the garment down to the ankIe. Unfortunately it is very damaged, but it appears to be of the Hellenistic period and the height of the whole statue must have been over 2,50m.

The rest of the statue, however incredible it may seem, must have been broken up by the workmen and used as a building material for the lighthouse (which was bombed in 1944). Here the lumps of marble can be seen wedged among the other stones, also the huge symmetrical blocks which were uprooted from the temple of which only the steps and the filling remain - even the flooring has disappeared. As if all this were not enough, in more recent years, a metal automatic lighthouse pylon (now removed) had been set up over the fIoor of the temple, placed perhaps, who knows, by the ironical hand of fate right where the colossal statue of the deity, worshipped by the peopIe of Lefki, used to stand in all its splendor.

Visitors to the island, mainly saiIors, have scratched names and dates onto the surfaces; one of the dates discernable is 1630.