At the middle of the southeast shores of Lefki or Koufonissi island, at 75m altitude, we meet the ruined lighthouse of Lefki. There was found an ancient temple, which unfortunately has suffered from predatory looting from the authorities (in 1920) in order to build the lighthouse, only 5m from the eastern short side of the temple where the entrance would have been, even though another stepped entrance was found on the north side. The overall dimensions of the temple were 18m x 15,7m with a crepidoma, while next to the north-west corner two large pieces of the colossal statue of the temple were found. This represented a deity enthroned on a cube-shaped seat. The fragments found are: a part of the seat with the left side of the pelvis, and the right leg from the draped or folded waist of the garment down to the ankIe. Unfortunately it is very damaged, but it appears to be of the Hellenistic period and the height of the whole statue must have been over 2,50m. Visitors to the island, mainIy saiIors, have scratched names and dates onto the surfaces; one of the dates discernable is 1630. 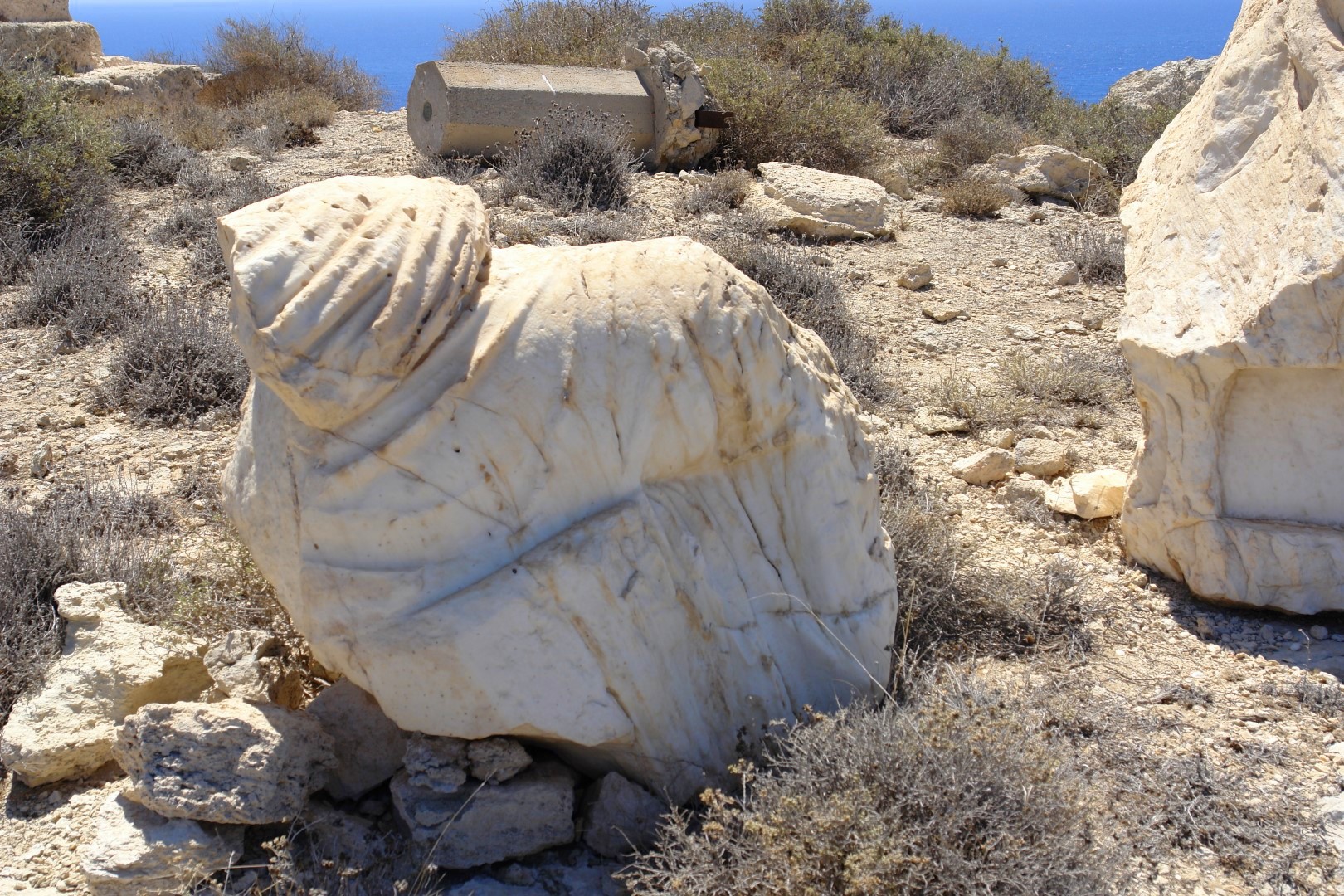 Part of the marble statue in Lefki lighthouse
The rest of the statue, however unbelievable it may seem, must have been broken up by the workmen and used as building material for the lighthouse (which was bombed in 1944). Here the lumps of marble can be seen wedged among the other stones, also the huge symmetrical blocks which were uprooted from the temple of which only the steps and the filling remain - even the flooring has disappeared.

As if all this was not enough, in more recent years, a metal automatic lighthouse had been set up over the fIoor of the temple, placed perhaps, who knows, by the ironical hand of fate right where the colossal statue of the deity, worshipped by the peopIe of Lefki, used to stand in all its splendour. This modern lighthouse has been removed now.

The antiquities of Koufonissi

Published in Lighthouses
More in this category:
Tweet
back to top