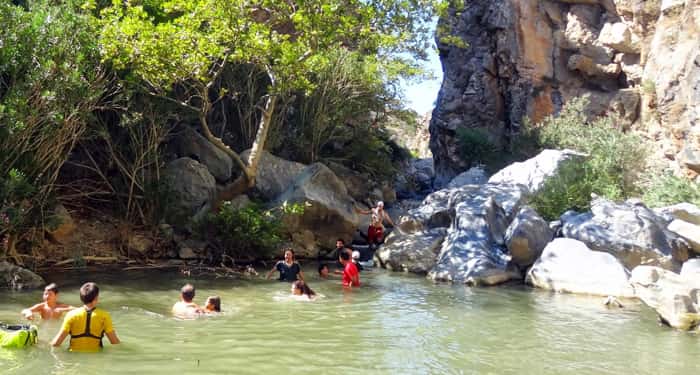 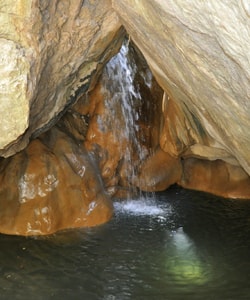 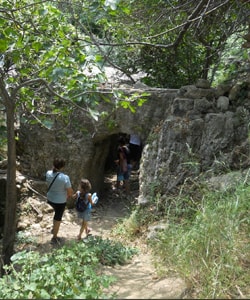 Rethymnon hosts several accessible beautiful canyons. The most famous is the Gorge Kourtaliotiko, in which flows the river Megalos that ends at the beautiful beach of Preveli with the dreamy palm grove. The gorge has the largest quantity of water in Crete and river trekking along its bed, from the springs to the beach, is an exciting experience. Other hiking-friendly canyons of Rethymnon include the twin Kollita gorges at the area of Argyroupolis, the gorge Kotsifos by Plakias, the gorge of Saint Anthony at Patsos, the gorge Prasano and the gorge Platania. Next to the town of Rethymnon there are the lush canyons of Myli, Vederi and Gallos.

Margarites is a village, well known for its marvelous architecture and the traditional pottery. However, in the wider area of the villages of Margarites, Orthe and Eleftherna appear a series of small, parallel gorges. Small streams such as Margaritianos flow towards the north and are tributaries of the Geropotamos River. The gorges are developed in white-yellow marly limestone of the Upper Miocene period (8-10 million years ago) as a result of the uplift of the whole area and the erosion by water.

Gorge Smiliano or Kalamafka is located north of the village Ano Meros, about 100km southwest of Heraklion city. Through the gorge runs the Lygiotis river which is supplied by the valleys of Gerakari and the slopes of Samitos Mount. The canyon has a lot of water in winter and crossing it, by any means, is very tough.

Kollita Gorges, i.e. Twin Ravines are located nearby the picturesque village Argyroupolis, about 22km southwest of Rethymnon city. They are named so, as they consist of two parallel canyons that end near Kato Poros settlement and is part of the E4 trail. The first canyon on the east is called Moudriano Gorge, while the west gorge is Kato Poros Gorge of Vilandredo Gorge, mostly known as the main Kollita Gorge.

The canyon of Zoniana is located south of Zoniana village. Starting at an altitude of 950m, it ends at the village at an altitude of 650m. Through the gorge runs the "serpentine" Oaxis river that has water till spring. The gorge is easily accessible and safe for hiking, as its slope is small.

1.5km east of Spili, next to the main road connecting Spili to Agia Galini, you will meet the chapel of Agia Fotini, also known as Agia Fotia. Next to the road, you will find the springs of Agia Fotia, an old mill and a quite high waterfall (in winter).

Fratiano Gorge is one of the long canyons of Rethymno Prefecture, running alongside Kourtaliotiko Gorge and crossing Xiro Oros Mount. Its entrance is located 23km southeast of Rethymnon, next to the village Frati, and it mouth is located near the exit of the gorge Kourtaliotiko.

The canyon Kakoperatos is located by Agios Vasilios village at the province of Agios Vasilios. It’s a tributary of the Megalos River (Kourtaliotis) and as its name suggests (bad passage in Greek) it cannot be accessed from humans (by trekking).

The Gorge of Swallows is located 33km south of town of Rethymno city, next to the famous beach of Preveli with the majestic palm grove and the stunning river. It starts close to the village Drymiskos, runs almost parallel to the canyon of Kourtaliotiko (that of Preveli) and ends at the beach of Drymiskiano Ammoudi. It’s name is taken after the the swallows that arrive in the area every summer.