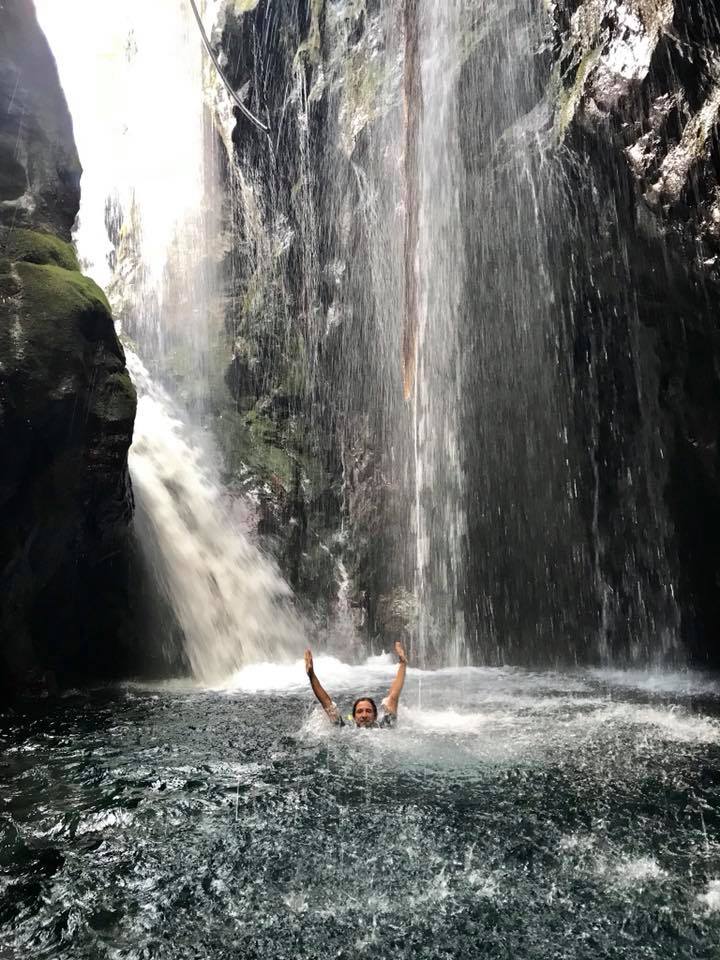 Waterfall of Kourtaliotis in August (photo: Alberto Muñoz Hernández) The gorge of Kourtaliotis is located 22km south of Rethymno and has a length of 3km. It is one of the most spectacular natural attractions of prefecture Rethymnon. It starts from the village Koxare and flows between the mountains Kouroupa (984 m) and Koules of the range Xiro Oros (676m). The huge cliffs of the canyon reach a height of 600 meters and are full of openings and caves, where significant fauna species live. The canyon is crossed by the Kourtaliotis River which flows up to Lake Preveli, after merging with Frati Gorge. In the latest part of the river it is called Megalos River (Big River).

The canyon is crossed by a paved road. By following the steps at the side of street Koxare – Asomatos, you reach the bottom of the gorge, where the church of local saint Nicholas Kourtaliotis is located. The springs of Kourtaliotis, near the chapel, are one of the nicest attractions of the gorge. Just below the springs is the amazing waterfall of Kourtaliotis with a large flow of water in a very narrow and dark part of the gorge, which can be reached by swimming from a lower level of the river. From there one can trek in the river to the bridge of the Megalos River and then to the sea to the palm beach Preveli.

This area in south central coast of Crete is very important for the conservation of endangered birds of prey like vultures, since it hosts one of the last breeding pairs in the Balkans. Here others species find shelter such as griffon vultures, the Golden Eagle and Bonelli's Eagle. The importance of the area for birds of prey can be explained by its location, that serves as a link between the White Mountains and the mountains of central Crete (Psiloritis and Asterousia).

Kourtaliotiko has excellent aesthetic, biological and ecological value. In addition to the clusters of Cretan Date Palm trees (Phoenix theophrastii) which is the second largest palm forest of Crete, on the slopes of the gorge someone can find rich vegetation, while in the estuary of the river there are sand dunes and formations of posidonia (Posidonia oceanica), which are among the most protected marine plants. Important animals of the region of Kourtaliotiko gorge is the tortoise (auremys caspica) and the local fresh-water snake (Elaphe situla).

Church of Panagia at Dimblochori

Church of Saint Onuphrius at Mariou