The domed tomb of 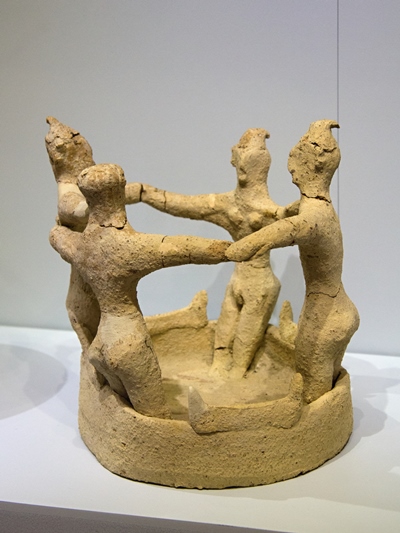 Dancers from KamilariAt position Grigori Peak in the wider area of Kamilari we meet the ruins of a large domed tomb (34m long perimeter) with panoramic sea views. The tomb was discovered in 1959 by the Italian archaeologist Doro Levi, and dates back from 2000 BC.

It was semi-subterranean and was built according to vaulted (tholos) architecture, made of stone and mud. It was divided into five rooms with yard (outside the tomb), while the roof was wooden. The most important finding of the tomb is kept in the Archaeological Museum of Heraklion and depicts four dancers in a circle ("Dancers from Kamilari").