The cave Neraidospilios at Astraki is situated about 23 km from Heraklion, near the abandoned village Kato Astraki. The cave is located inside the majestic gorge of Astraki, draining the area of Thrapsano and ending in Karteros. Neraidospilios is a small two-storey cave. According to the archaeologist Paul Faure, it has been the temple of Athena Tritogenia, whose surname is derived from the ancient name of river Karteros, that is Triton (Tritogenia means “coming from Triton”). The cave is one of the springs of the aqueduct of Astraki, which still supplies Heraklion city with water, since the early 20th century.

The legend of the lyre player and the Fairy 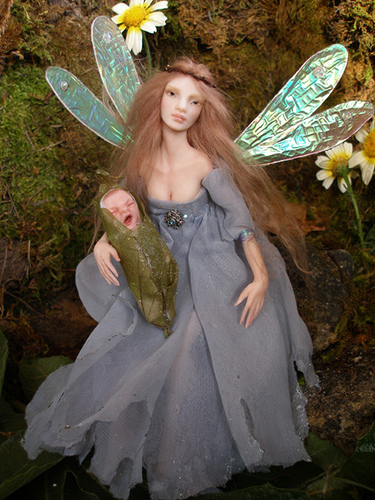 There are many legends on the cave. Here, we’ll say the most famous story. One night, a young, good lyre player, having heard the song of the fairies, visited the cave and he saw them. The fairies, with their unbraid hair, veil-dressed, reflecting the light of an eternal spring, were dancing. Their brilliance distracted the dark, their song caressed his ears and his eyes could not get enough of seeing their subtle dance. Fascinated by all these things unfolding before his eyes, he caught his lyre, without realizing that, and accompanied their dance.

The fairies followed his melody and he loved what he was watching. The next nights, led by an invisible force, he went back to the cave, playing his lyre endlessly and the fairies were dancing. His eyes stopped on one of them and he could not stand not looking on her. He was in love with her...

When he realized that, he visited an old wise woman and asked her help. The old lady listened to him carefully and she told him: “Before the cocks crow (when fairies disappear), grab her by her hair and do not leave her in any way”. Thus, the night arrived and the young man got his lyre and went to the cave, where he began playing. In a while, fairies appeared and started dancing. Shortly, before the cocks crowed, the man left his lyre aside and he did as he was advised by the old lady. The beautiful fairy got in rage, went wild and started screaming, but without point. The young man was holding her tightly. Then, she began to transform to a dog, fire, snake and camel, but the lyre player held her firmly by the hair and did not leave her go.

Suddenly, the cocks crowed and the other fairies disappeared. Then, the fairy became beautiful again, as she was before, and followed him to his home. She lived with him for some time and gave birth to a son, but her voice could not be heard again. Unhappy, as the man was, with the muteness of his fairy wife, he treated all means to make her talk, but to without success.

He, then, revisited the old woman and asked her advice. She told him to set fire to his oven, then take the child from the arms of his wife and to pretend that he will throw it in the oven, saying: "Don’t you talk to me? Then I’ll throw the kid in the oven.” He closely followed her advice, but when he pretended that he would shift the child to fire, the fairy shouted: "Do not do that to my child!", grabbed the kid from his hands and ran out of the house.

The desperate man started seeking them using shouts, entreaties and tears, but in vain. The fairy- mother and the child did not ever come back. They say that she went back to her sisters, but they did not accept her. They could not forgive her, because she was touched and spoiled by a man. So she took her kid and moved to a nearby spring, called Loutra. There, locals say that they still see her, two or three times a year, holding the child in her arms and crying. The other fairies continue dancing and singing, but no longer have the lyre and their sister to accompany them. The fairy - mother sits sad and crying. The tears fall into the water and make it blur.

Around Neraidospilios of Astrakoi, there are many sources of water, from where water comes out, accompanied by a slight noise, like a crying. After each rain, the water is blurring. This phenomenon has inspired the imagination of the locals to create the myth of the crying fairy.

Church of Saint Paraskevi at Episkopi

Church of Archangel Michael at Episkopi