Renowned for its azure blue sea water
Chrissi is an almost never-ending paradise.

it is out of question that the most beautiful beach on the island of Chrissi is the north beach of Belerinina or Golden Beach, where the largest percentage of visitors to the island spends its time. However, there are more beautiful beaches that you can explore. 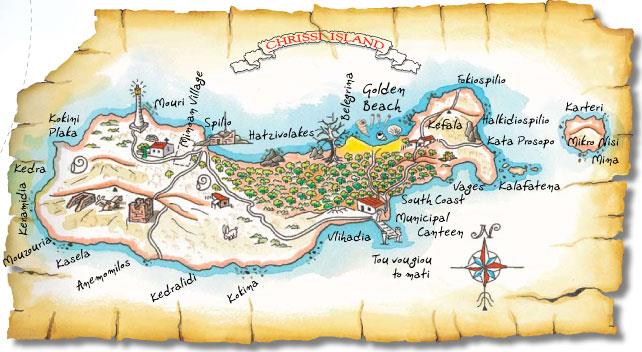 At the western end of the long beach of Chatzivolakas on the island of Chrissi, we find the beach Avlaki. Avlaki has rocky seabed, like almost the whole island. At the end of the beach there is the second harbour of the island at position Spilios and the only house in Chrissi built in the middle of the 20th century. The name Spilios (cave) is taken after an old house built in the rock.