The cave Chainospilios is located 200 meters away from the village Kamaraki, at position Sykia. The cave is also called Marmarospilios (marble cave), while many locals call it "Labyrinth". It is a long narrow cave with many tunnels that are part of an old underground river bed. The cave is still active in most parts. Its length is 200 meters and there is a parallel gallery with a length of 120 meters, which is richly decorated. The cave is developed in limestone of the Miocene (12 million years ago). The impressive decor inside causes awe to the visitor; massive stalagmite columns with more than 6m height, but also many small and large stalagmites, adorn the cave. The roof of the cave has strong marks from the corrosive effects of the ancient river water. 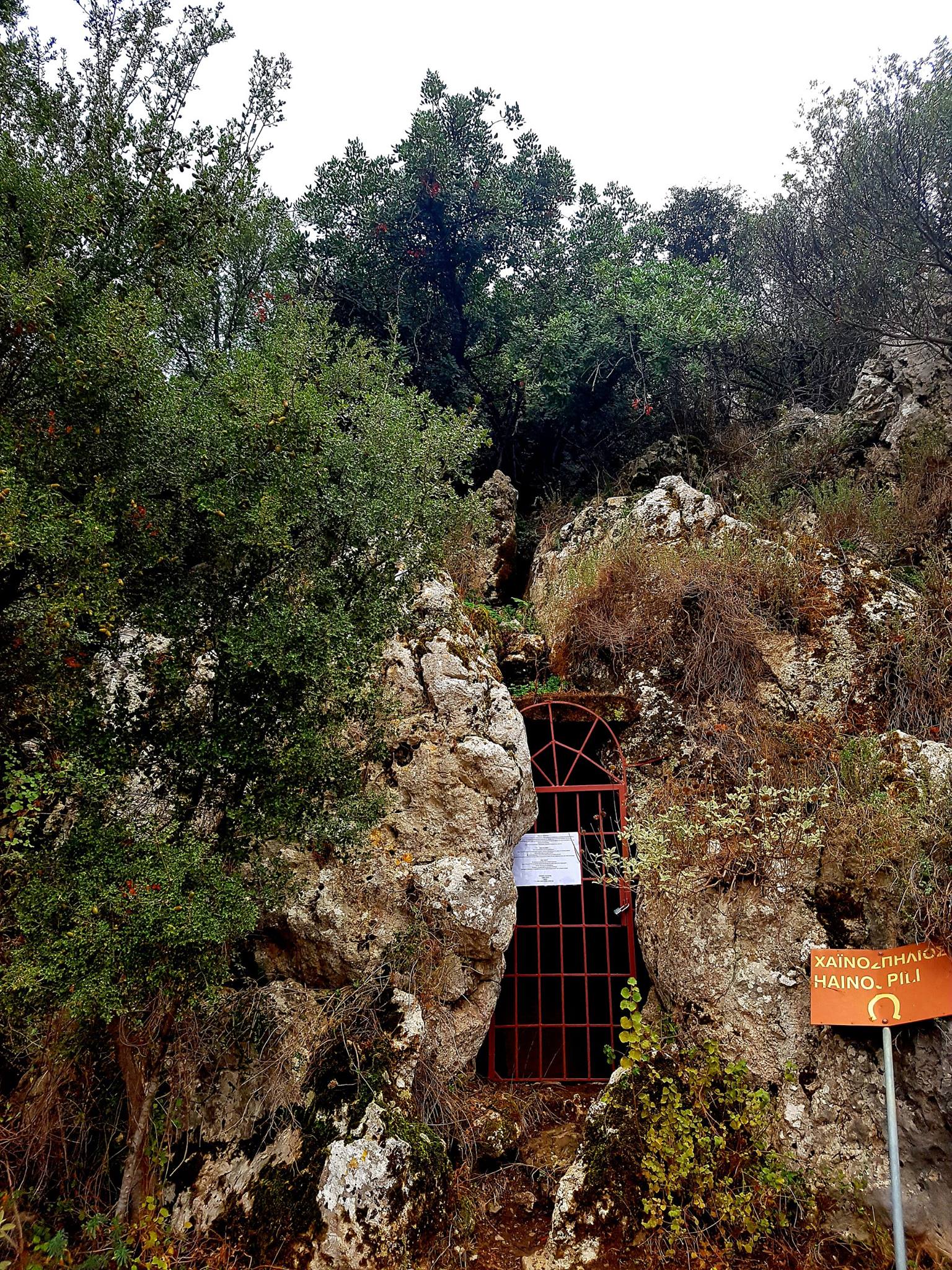 Although archaeological surveys have not been carried systematically, it seems that the cave has archaeological importance. In some places potsherds have been found, dating back from Pre-Minoan, Late Minoan I, Roman and Byzantine periods, to the years of the Ottoman rule. Chainospilios means the Cave of Chainides, the Cretan rebels, who used it as their base (in Turkish “chain” means insurgent - rebellious). The cave was the shelter of the famous rebel chieftain Palmetis (1790-1834) from Kamaraki, who was an awesome terminator of the Turks and used the cave as a hideout.

The cave served as a refuge for the inhabitants of the region during the Turkish occupation. A local story says that once a priest from Kamariotis revealed the cave position to the Turks. They opened a hole in the roof and set fire, but the residents moved to the back of the cave and smoke could not affect them. In 1866, the revolutionary committee of the fight for freedom and the Provisional Government of Crete (which was set by the General Assembly of Crete in February 1867) settled in the cave. In December 1868, Turks surrounded the cave to capture members of the committee and take over the village. They captured and killed many, of them but did not manage to occupy the village. Once again, during the German Occupation, Chainospilios housed the guerillas of the national resistance.

Church of Saint George at Kamariotis

Church of Saint John the Baptist at Anogia