How Crete was formed

Sparse vegetation and barren rocks prevail in most places of Crete. Geological layers, rifts and folds are obvious almost everywhere.

More than 500 million years ago, the area of Crete was submerged in Tethys Sea and life was only marine. The sediments moved by the rivers of the coasts of Pangaea and the wind, gathered and mixed with the shells of the sea organisms, forming layers of rocks. About 200 million years ago Pangaea began to break apart, forming the continental plates. 70 to 55 million years ago the plates of Africa, India and Lavrasia crashed violently and forced the bottom of Tethys to raise and form a chain of mountainous folds and sinkings from Atlas and the Pyrenees to the Alps and further to Caucasus and the Himalayas.

A part of this chain reaction took place in the Balkans and the Minor Asia. This is when the Dinarotauric Arrow started forming. This mountainous arrow begins at the Dinaric Alps, runs along the range of Haemus, crosses the Greek territory and ends at the Range of Taurus in Minor Asia. Current Crete was submerged at the middle of this arch.

About 20 million years ago, the northeast tip of the African plate started crashing with the Asian continent. 5 million years later, the Arab and Asia continent merged and the remaining part of Tethys was trapped between the three continents and the Mediterranean was formed. At the same time, Crete, Cyclades and the rest islands of the Aegean Sea had totally been raised and formed a common coast with the the Greek region and Minor Asia. Two large lakes were located at the site of current North Aegean and at the current site of Crete.

Crete was located very close to the site where the plates of Africa and Lavrasia crashed, with the African moving below the Lavrasian. A bit further there was an arch of active volcanoes, where the sinking part of the African plate melted and turned to lava. About 12 million years ago, the united coast of the Greek continent, Crete and Minor Asia broke apart and Crete was eventually separated 8 million years ago. The bridges with Peloponnese broke 5 million years ago and Crete consisted of a group of low islands and shallow seas. After raising for about 3 million years, it took its current form with high mountains and united grounds. 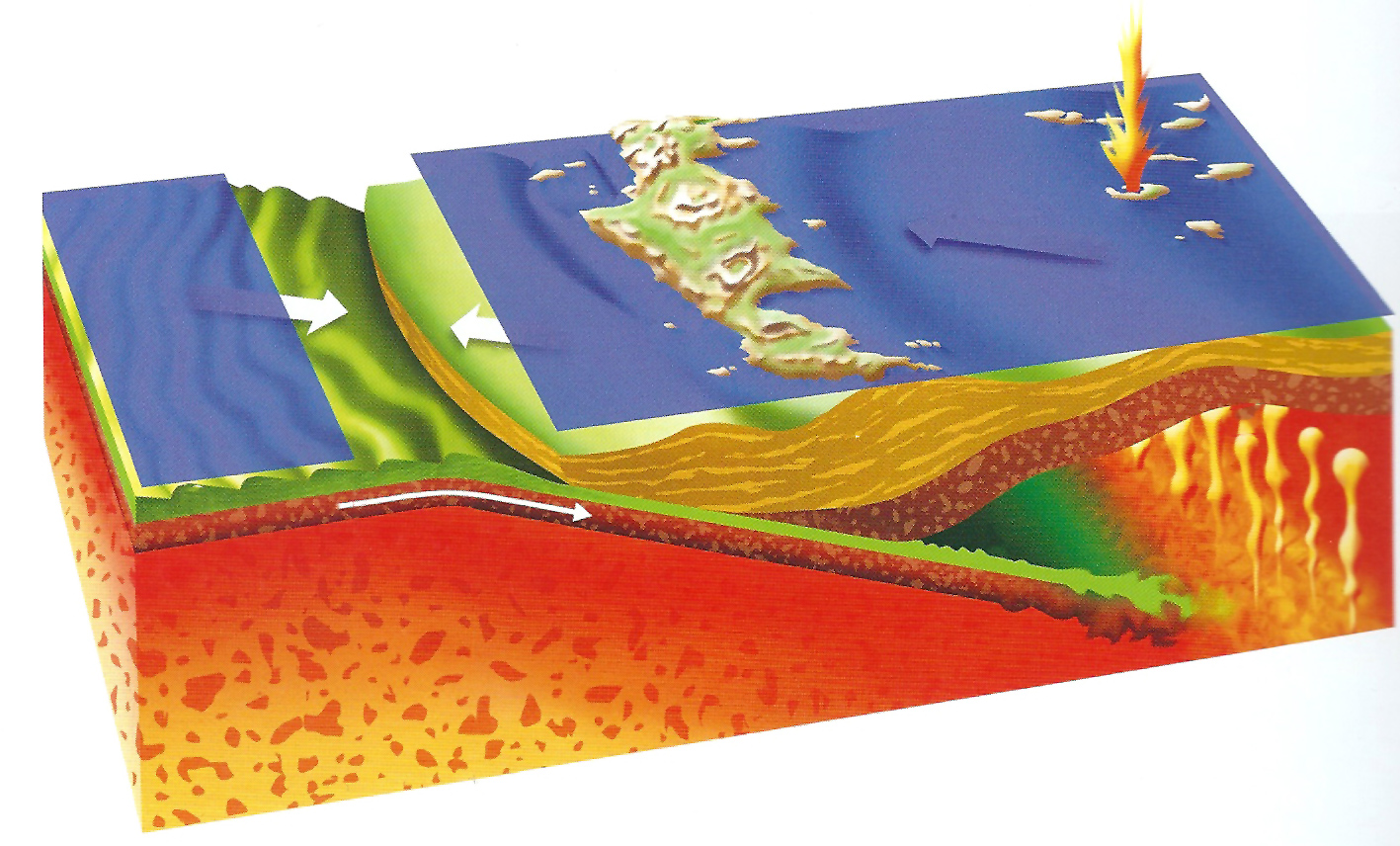 Image from Crete, a continent on an island (2015), Demos Tsantilis, Natural History Museum of Crete

All these geological transformations formed a large variety of rock formations with rich geovariety. The Cretan grounds hosts rocks that were formed during the phase of Tethys Sea and were layered during the raising of the land. There are at least 7 types of these layers in Crete, the largest number in Greece, with the three of them dominating. Sorting these three according to the lowest position they are Platy limestone, the formation of Tripoli (limestone) and Phyllite-quartzite. Other formations, quite rare, are Asterousia formations and ophiolites (volcanic rocks). It is no coincidence that Crete hosts two areas designated by UNESCO for their geological significance: Psiloritis Geopark and Sitia Geopark.

Published in Facts about Crete
More in this category:
Tweet
back to top