The fort Castel Pediada was not built on a hill, but in the valley of the current town of Kastelli Pediados. It was mainly an administrative building, since it housed several administrative and military authorities.

It was used mainly as a grain warehouse, which the Venetians received as a rent, while its military significance was minimal.

Today nothing remains of the fort. In was square with four square bastions at each corner. Now there are private houses and the local secondary school on the fort’s site. Kastelli village derived from the bourg, formed around the fortress during the Venetian period. 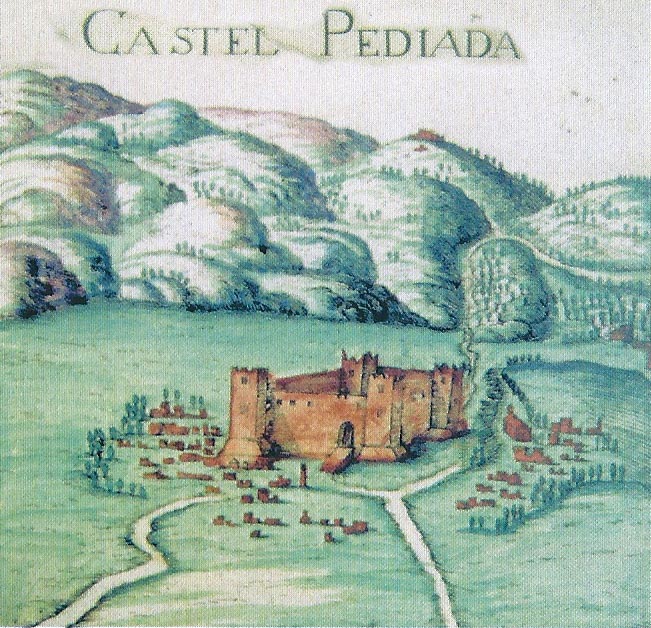